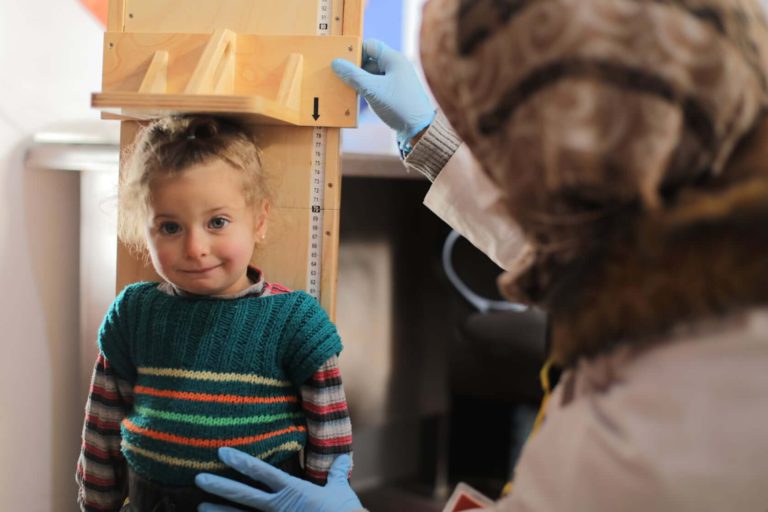 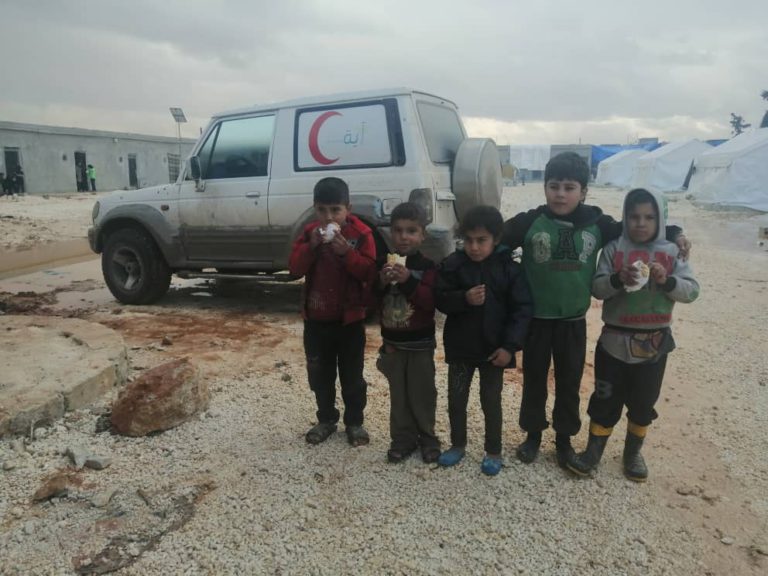 February was an especially brutal month in Idlib, Syria, as the humanitarian disaster continued. Hundreds of thousands were displaced, schools were bombed, hospitals and medical facilities were targeted, medical staff and doctors were killed. Hundreds of thousands continued to flee the violence and bombardment, with an estimated 500,000 children. There are shortages of medical and humanitarian supplies as people continue to live in cold temperatures with inadequate shelter. UOSSM USA launched the fundraising campaign, “Idlib is Burning” to provide emergency and life-saving medical care to those who need it most.

Since April 2019, there have been at least 78 attacks on medical facilities, and thousands of civilians have been killed and wounded. UOSSM is responding by providing life-saving medical care and emergency aid to those who need it most. In addition, UOSSM has increased the operation of mobile clinics in areas of the newly displaced. Please click the donate button to support the people of Syria.

In response to the humanitarian catastrophe, with over 948,000 people newly displaced including 500,000 children, UOSSM USA, in collaboration with UOSSM Turkey, provided food supplies to over 3000 families over January and February 2020. Thanks to our supporters, 3000 families were provided with food kits, preventing malnutrition. This initiative is a proactive measure to prevent the spread of malnutrition and is part of the UOSSM Nutrition Program. This will be an ongoing effort to continue preventing malnutrition for the displaced in northern Syria.

In an initiative to increase the social inclusion of children into society, the UOSSM Mental Health & Psychosocial Support Center in Reyhanli, Turkey offered several activities for Syrian and Turkish children. The activities focused on eliminating violence and bullying in schools, raising awareness among children on negative feelings occurring as a result of violence and bullying, and approaches to dealing with negative feelings in these situations.

Omar was playing outside with friends, suddenly there was an airstrike. All of a sudden, his whole world changed. Omar was severely wounded and was transported to a hospital in Turkey. He spent four months in intensive care. The doctors tried, but could not save his legs. The damage was too extensive. Omar had to have both legs amputated.

Omar was so sad, he just wanted to be able to play with his friends and have a normal life without feeling so helpless. Omar started visiting UOSSM’s Physiotherapy Center in Turkey. First, he had to go through rigorous strength training, finally he was fitted with prosthetic legs. He learned how to balance himself and walk all over again. Omar was so determined and was able to walk again on his own in a matter of weeks! Thanks to our supporters who help children like Omar walk again.  Together, we are saving lives and building hope.

Since 2012, UOSSM has been providing emergency medical relief and healthcare services to the Syrian people affected by the crisis, working primarily inside Syria and with Syrian refugees in Turkey. 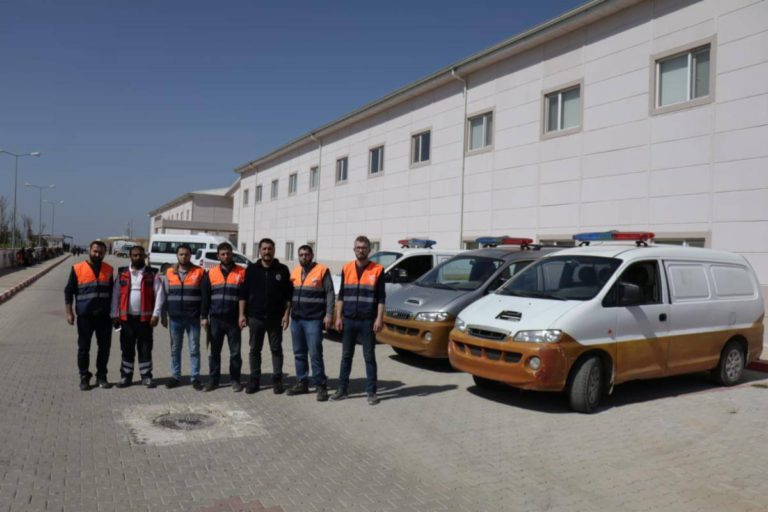 Dallas, Texas- The global spread of COVID-19 has created an imminent epidemiological threat to Syria and refugees in surrounding countries. Cases have been reported in Lebanon, Jordan, Iraq, Israel and Turkey. North Western Syria is particularly vulnerable given a population of close to 4 million people, including 1 million IDPs, packed into densely populated areas. Years of war and malnutrition have left many people’s immune systems compromised and the entire population susceptible to drastically higher mortality rates. It is predicted that the transmission rates will be dramatically higher than global averages due to densely populated internally displaced persons (IDP) camps and multiple families living in the same dwelling.

In the past 12 months alone, 85 medical facilities have been attacked and most are currently not functional. The medical infrastructure cannot handle the existing population needs let alone a wide spread pandemic. The medical system suffers from a shortage of masks, gloves, gowns, disinfectant, thermal scanners and other medical supplies.

UOSSM calls on the international community to immediately provide personal protective equipment, thermal scanners, quarantine units and lab testing kits/ capacity to prevent this humanitarian catastrophe.
Dr. Khaula Sawah, Vice President of UOSSM USA said, “Protective measures must be taken to prevent a major outbreak of the Coronavirus in areas of displacement. People are living in densely populated areas and there is no option of social distancing for many. Medical facilities are in desperate need of medical supplies and testing equipment. We urge the international community to ensure that families in areas of displacement are protected to prevent another humanitarian catastrophe.”

UOSSM has developed a preparedness plan for Covid-19 as follows:

• UOSSM developed guidelines based on WHO guidelines and publications, which cover identification of the disease and how to manage the suspected cases.
• The guideline was distributed in all UOSSM PHC centers.
• UOSSM asked all health workers to attend the WHO online course “Introduction to emerging respiratory viruses, including novel coronavirus”.
• UOSSM technical field team will provide health workers in all health facilities with technical support with regards to the coronavirus.
• UOSSM will prepare IEC, posters and brochures about the virus and hygiene. They will be distributed in PHC centers.
• UOSSM’s technical team will organize a meeting with all health workers in UOSSM PHC centers in order to train them on the detection of suspected cases, handling of cases, referral of cases, and reporting.

UOSSM is coordinating closely with the WHO and other partners to manage this situation as it develops.