Washington DC-  The last remaining hospital in the southern suburbs of Idlib and northern region of Hama, was attacked twice and put out of service on Saturday. The cave hospital was hit at 2:30 p.m. Damascus time by a bunker buster missile and attacked again at 5:15 p.m.. Five people were killed, including a girl, who just had surgery in the morning, her parents, and another patient and companion. Two nurses were wounded, one with a severe spinal injury.

The hospital, which was built in a cave 22 feet underground in response to previous targeting by airstrikes, was catastrophically damaged. The attack destroyed two operating rooms, a laboratory, two inpatient rooms, the emergency room, x-ray machines and a C-arm.

These attacks have left the people in the southern Idlib/ northern Hama suburbs without any access to healthcare as all six area hospitals have been attacked and put out of service. These area hospitals combined, provided services to over 20,000 people, over 1000 major surgeries, and over 120 caesarean section surgeries per month.

The Hama Health Directorate said in a statement, “We fear area doctors and medical staff will flee the area due to the constant attacking of hospitals and medical facilities which could ultimately lead to the complete collapse of the healthcare system in the area.” In addition, the statement calls on the international community to help repair, rebuild and protect hospitals.

Dr. Khaula Sawah, Board Member of UOSSM USA said, ” It seems like the Idlib area is going in the same direction as Aleppo, thousands are now left without access to hospitals. This is an atrocity and is unacceptable. It is heartbreaking to hear that a young girl who just had surgery, was killed in the attack.  It is devastating to see what happened to this hospital that was 22 feet underground in a cave, we have repeatedly said targeting hospitals is a crime of war and must be stopped immediately. We call on the international community to demand hospitals be protected and to hold the perpetrators accountable for these heinous crimes.” 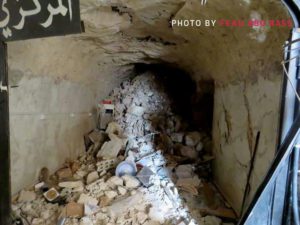 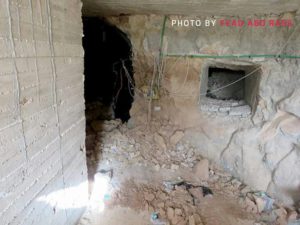