Washington, DC- A doctor was killed today by a chemical agent while operating on a patient. A barrel bomb with a chemical agent hit the front entrance of the Latamneh Hospital and entered causing severe respiratory and neurological injuries to many staff members. The gas attack killed Dr. Ali Darwish, a specialist orthopedic surgeon, while he was in the operating room. Dr. Darwish, aware of the gas that had entered, refused to leave his patient and continued operating until he fell unconscious and succumbed to pulmonary edema. Victims showed symptoms consistent with chemical agents.

All the medical staff in the hospital, in addition to the ambulance staff (drivers and paramedics) were affected by inhaling the gas which spread into the hospital rooms. The hospital was not equipped with a suitable ventilation system, nor was there enough oxygen to deal with the large number of victims having trouble breathing.

The affected staff and the patients were evacuated to nearby hospitals. Moderate cases were managed while five cases were so severe that they were referred to a more distant hospital where an ICU was available.

The Hama Health Directorate declared that the hospital was completely out of service. This is the fourth hospital to be put out of service in the Hama governorate in the past month due to a heavy aerial bombardment, leaving hundreds of thousands of civilians without access to health services.

Another hospital in Kafr Nobol, Idlib was attacked multiple times by airstrikes rendering it out of service. No casualties have been reported. The facility provides 1,600 consultations, 176 admissions, 150 major surgeries and 630 trauma cases.

Dr. Khaula Sawah, board member of UOSSM USA said, ” We are deeply distraught by the killing of Dr. Darwish, who gave his life in service of others, just as many other Syrian medical professionals selflessly gave their lives, and risk their lives every day to help others.  Our thoughts and prayers are with his family. We call on the OPCW to investigate chemical attacks in Syria and the international community to hold the perpetrators accountable for these war crimes.” 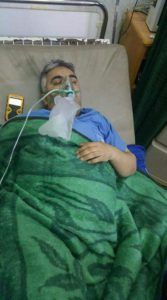 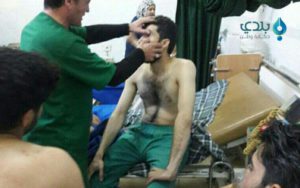 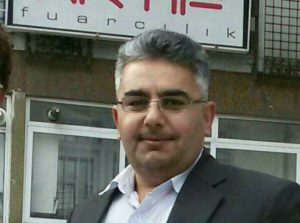