Dallas, Texas- Two hospitals were targeted by airstrikes today, November 6, 2019 in Idlib, Syria. This brings the total to four facilities bombed in 48 hours.

At around 1:30 a.m. Damascus time, two airstrikes, ten minutes apart, targeted the Shannan Women’s and Children’s Hospital in Areeha, Idlib. At least three medical staff were wounded. The hospital was severely damaged and put out of service. There were no casualties as the hospital was immediately evacuated by emergency workers after the first airstrike. Part of the building went up in flames. The hospital was partially supported by UOSSM.

At 4:20 p.m. Damascus time the Kafr Nabl Surgical Hospital was hit by an airstrike. The hospital sustained material damage and was put out of service. No casualties were reported.

An ambulance point was hit by artillery strikes at 1:45 p.m. Damascus time. Minor damages were reported and the facility was put out of service. The ambulance center is supported by UOSSM.

The UOSSM Jisr Al Shughour Health Center, Idlib, was attacked at 3:30 p.m. Damascus time on November 4, 2019. The primary health care center was directly targeted by artillery strikes and sustained minor damages. No injuries or fatalities were reported. The facility was put out of service.

Dr. Khaula Sawah, Vice President of UOSSM USA said, “ I am deeply concerned for the innocent civilians in Idlib. I am concerned for the estimated 1 million children that are being exposed to these brutal attacks, and I am concerned that the wounded and sick will have even greater difficulties accessing the medical care that they desperately need. Hospitals and medical facilities are supposed to be protected under international law. Civilians are supposed to have access to medical care in these situations. The international community must act and stop attacks on hospitals and medical staff. We have and will continue to say this over and over again, they are NOT A TARGET!”

*Numbers are constantly changing due to situation on the ground. 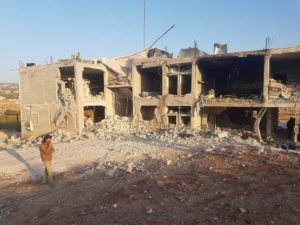 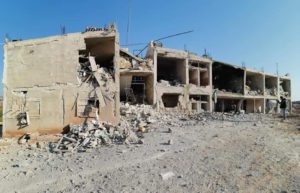 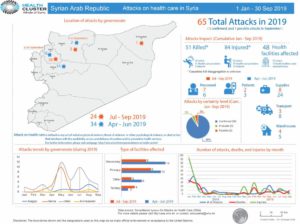